So, if you’re from anywhere in New England you probably would know the answer that question. I grew up in Burlington, Vermont so I’ve only known this delicious treat to be called a creemee. But most other parts of the United States would call it a “soft-serve” ice cream. If you’re from Japan, it’s translated as “soft cream”, and in Europe “soft ice”. Any way you serve it, you’ll end up with something that looks pretty much the same. However, Vermont creemees got their name from the higher butterfat content in the ice cream. I guess they are more creamy that way?

Sources on the web say soft-serve ice cream was first marketed by Thomas Carvelas. One hot day, his ice cream began to melt, but he decided to serve it anyway. Of course folks still enjoyed it, so in 1934 he opened the first Carvel Frozen Custard shop. A few years later, he made what we know as the modern soft-serve machine. It’s worth noting that the McCullough’s who ran the Dairy Queen started marketing frozen custard in 1940, but they were selling the test batches to customers some time before.

Burlington Bay Market and Cafe has one of the best creemees in the Champlain Valley, but I’m surprised they have a sign that says “Soft-Serve”. I’m guessing the sign is for tourists…

Here are more of my favorite creemee stands in the Champlain Valley, Vermont region. 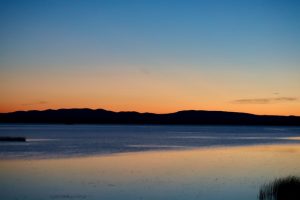